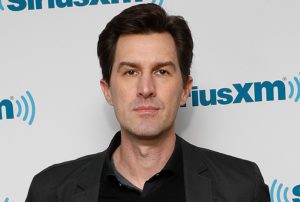 According to Deadline, Warner Bros. has successfully acquired the rights to the upcoming film adaptation of AWA’s sci-fi graphic novel series titled Chariot. Top Gun: Maverick director Joseph Kosinski has officially signed on to helm the project from a screenplay that will be adapted by Julian Meiojas (The Flash). The film will mark AWA Studios’ first project after its most recent launched.

First published in March 2021, Chariot is a sci-fi thriller graphic novel that hails from writer Bryan Edward Hill and artist Priscilla Petraites. It centers around a Cold War-era secret government project that provides its star agent with a weapon unlike any other in the form of a state-of-the-art sports car. It sank into the ocean decades ago, the agent along with it. A petty criminal looking to reform his life has stumbled upon the Chariot, and he’s about to find out that the agent’s consciousness is still controlling it.

The film will be produced by Kosinski along with 21 Laps’ Shawn Levy and Dan Cohen. It will be executive produced by AWA’s Zach Studin, with Warner Bros.’ Rebecca Chop to oversee for the studio.

Kosinski’s notable films include 2010’s Tron: Legacy, 2013’s Oblivion, 2017’s Only the Brave, and the upcoming long-delayed feature Top Gun: Maverick starring Tom Cruise and Miles Teller. He is also currently working on Netflix’s new action Escape From Spiderhead which will be led by Chris Hemsworth and is set to debut sometime this year.