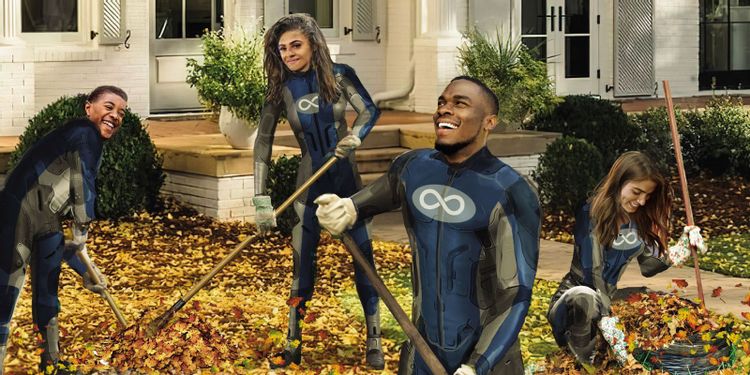 Among the growing line of acclaimed comic books published by AWA Studios is the postmodern shared superhero universe that began with the 2020 comic book series The Resistance by J. Michael Straczynski and Mike Deodato. Comic book creator Michael Moreci explores the rise of super-powered individuals, known in universe as the Reborn, with an unassuming suburban family in The Joneses. With the general public violently distrustful of the Reborn, the Jones family must conceal their superhero secret, made all the more difficult by their son constantly being bullied at school while a community watch group heightens their neighborly paranoia.

In an exclusive interview with CBR, Moreci laid out the themes in The Joneses. He revealed the origins of the new comic series and explained how it fits in the shared universe. Also included are preview pages from The Joneses #1, illustrated by Alessandro Vitti and colored by Ive Svorcina. 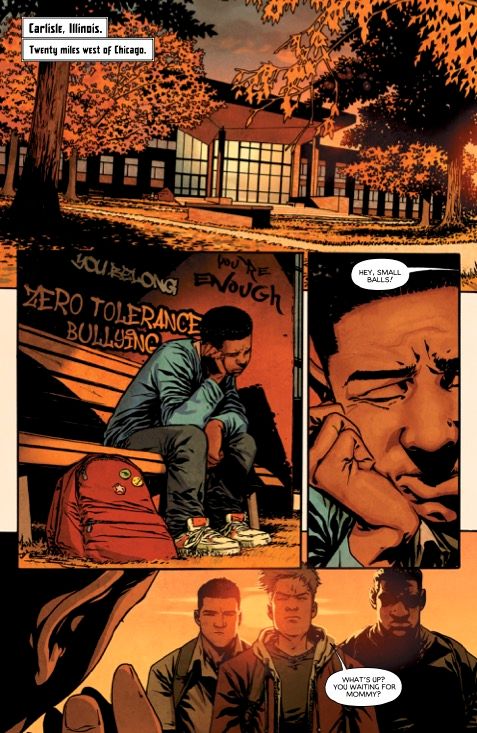 CBR: Michael, how did the story for The Joneses come about?

Michael Moreci: You know, I was having a lot of chats with [AWA editors] Axel Alonso and Michael Coast, and we were talking about superhero stories you don’t really see too often. While there’s been many domestic superhero stories, they’re often broad and a bit evergreen. They aim to be evergreen, which isn’t a bad thing. I wanted to do something different, something that reflected the specificity of the time we’re living in. This story, to me, is as much John Updike as it is X-Men.

What plot threads established by J. Michael Straczynski and Gregg Hurwitz did you really want to take advantage of in crafting this tale of superhero suburbia?

Honestly, not many. Not that I don’t enjoy those stories — I do, very much — but particularly with The Resistance, these are stories that are very grand and epic, where I wanted to laser focus on a single family in a particular corner of the world. I wanted to get intimate with them and not worry about the grand scheme as little as possible. This allowed me to focus less on continuity and more on the story I really wanted to tell and make it more personal.

The concept of the Reborn facing potential persecution and scrutiny from their very neighbors is something that completely changes up the secret identity debate and makes it feel a bit more timely. What was it about taking that approach?

Moreci: I mean, I don’t think I veil too thinly the idea of how people present themselves and how they ultimately behave. A lot of the book is about just that — it’s easy to go on social media and shout what a good person you are and the things you (supposedly) believe in. It’s much, much different, and more difficult to put those things into practice in the real world.

The Joneses is about just that — how do we put our intentions into action? How much do we sacrifice of ourselves, our family, [and] our community to do the right thing? It’s not an easy thing to answer, and I don’t pretend that it is. We’re living in a world where people can parade ourselves as being paragons of righteousness; but when push comes to shove, things are different. The Joneses exists in that space in-between. 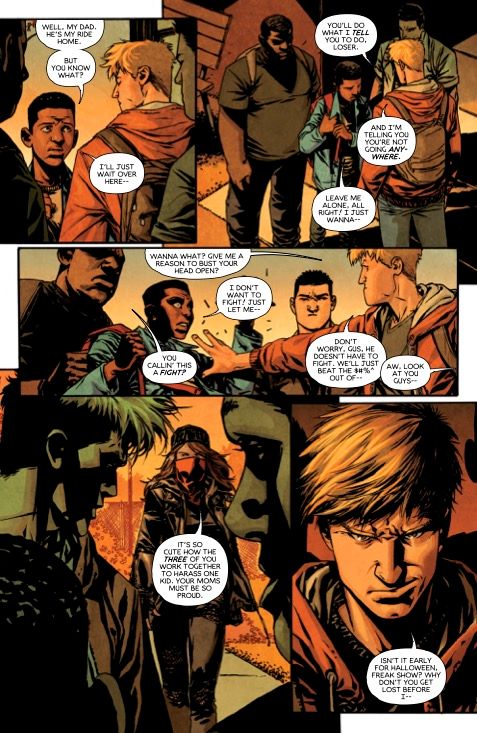 How is it working with Alessandro Vitti and Ive Svorcina in bringing this story to life?

Tremendous — they’re vital. As illustrated above, we’re dealing with some pretty heavy ideas in this book, both broad and intimate. Because of that, the book desperately needed an art team that could bring superhero dynamics to the story. Alessandro and Ive bring that so amazingly, and the book is elevated because of their talents. They make this book the superhero story I want it to be, and it needs to be.

I love it. AWA has a brilliant, loving staff, and the support they provide and creative guidance is a special, special thing. I hope to work with AWA for years to come!

What can you tease for readers as The Joneses continues?

Expect the unexpected. I’m not trying to make just another Incredibles or another Fantastic Four. Sure, it’s similar, but beyond that basic premise of a “family of superheroes,” The Joneses has little to do with those stories. We’re going in some interesting directions in character and story while continuing to bring some big superhero dynamics at the same time. It’s going to be a fun ride and an emotional one. You’re going to be right there with this family all the way to the end!

Written by Michael Moreci and illustrated by Alessandro Vitti, The Joneses #1 is on sale now from AWA Studios.