The Great Gatsby Gets a Queer, POC-Centered Retelling

By Trudy Ring, The Advocate 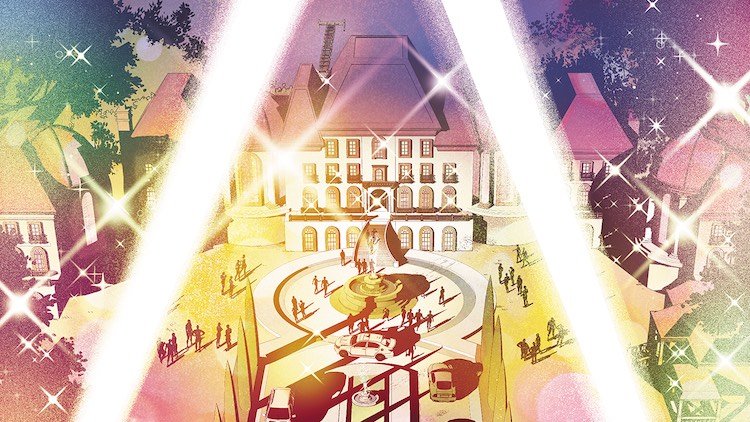 A classic of American literature is being reimagined with queer characters and people of color at its center.

Jeremy Holt and Felipe Cunha’s Gatsby, an eight-issue graphic novel series debuting in November from comics publisher and independent developer AWA Studios, gives F. Scott Fitzgerald’s 1925 novel The Great Gatsby a makeover for the 2020s. It depicts Singaporean student Lu Zhao spending a summer on to Long Island with his rich cousin Tommy before attending Columbia University, and Lu’s experience reflects that of the narrator of the original novel, Midwesterner Nick Carraway.

Like Nick, Lu encounters opulent parties at a neighboring mansion, but he deals with 21st-century temptations like online fraud and designer drugs, where Nick was exposed to 1920s-era vices like bootlegging and gambling in the world of Jay Gatsby, Daisy and Tom Buchanan, and Jordan Baker. But the graphic series is similar to Fitzgerald’s novel in portraying the corruption of wealth and the elusiveness of the American Dream.

Fitzgerald’s book is one of the most enduring and esteemed works of American literature, considered by some to be the great American novel. It was acclaimed upon its publication, then largely forgotten until the 1950s, a decade after Fitzgerald’s death, but since then it has been a fixture of in high school and college literature courses. There have been four film versions, including a lost silent version, and one made for TV; a Broadway adaptation in the 1920s and other theatrical adaptations; and a staged reading of the entire text.

While the Fitzgerald novel is ubiquitous, Gatsby author Holt admits, “I was a latecomer to the source material,” having read it in 2017. Holt, who is Asian American and nonbinary, was inspired to create the work because “I was so captivated by this idea of reinvention, particularly in the digital age.”

Lu is very much an outsider in Tommy’s world, just as Nick was in the big-money environs of the East Coast in the 1920s, adds Holt, who identified with the idea of being an outsider. Holt declines to reveal much about their series’ queer themes but says audiences will definitely see Lu exploring his sexuality and gender identity.

Actually, queerness wasn’t entirely absent from The Great Gatsby, at least from some readings of it. As far back as the 1920s, critics have seen Jordan Baker, a golf champion and Nick’s lover, as possibly lesbian, while scholars of queer studies have posited that Nick was in love with Jay Gatsby.

Holt has been writing for comics for a dozen years, with titles such as Made in Korea and Virtually Yours, but they realized that some of their works were “white savior stories,” so they “decided to challenge that, centering people of color in Gatsby.

For the series, Holt was part of a creative team that include Cunha, the artist; colorist Dearbhla Kelly; and letterer Adam Wollet. The first issue of Gatsby will be available November 1 at comic stores and in a digital version, with the remaining seven issues published monthly. Holt expects that the issues will eventually be collected as a graphic novel.

The Great Gatsby entered the public domain in 2021, meaning that no one has to get permission from Fitzgerald’s estate to adapt it. So far adaptations have included a retelling in Nghi Vo’s The Chosen and the Beautiful, making Jordan a queer Asian, and a prequel, Nick, by Michael Farris Smith.

Preparing for a flood of retellings, Fitzgerald’s great-granddaughter Blake Hazard told the Associated Press in 2020, “I would love to see an inclusive adaptation of Gatsby, with a diverse cast. Though the story is set in a very specific time and place, it seems to me that a retelling of this great American story could and should reflect a more diverse America.”

That quote gives Holt ambitions for their version. “I just hope that somewhere, somehow, Fitzgerald’s great-granddaughter reads this,” Holt says.

Below, see exclusive images from the first issue, all courtesy of publisher AWA Studios. 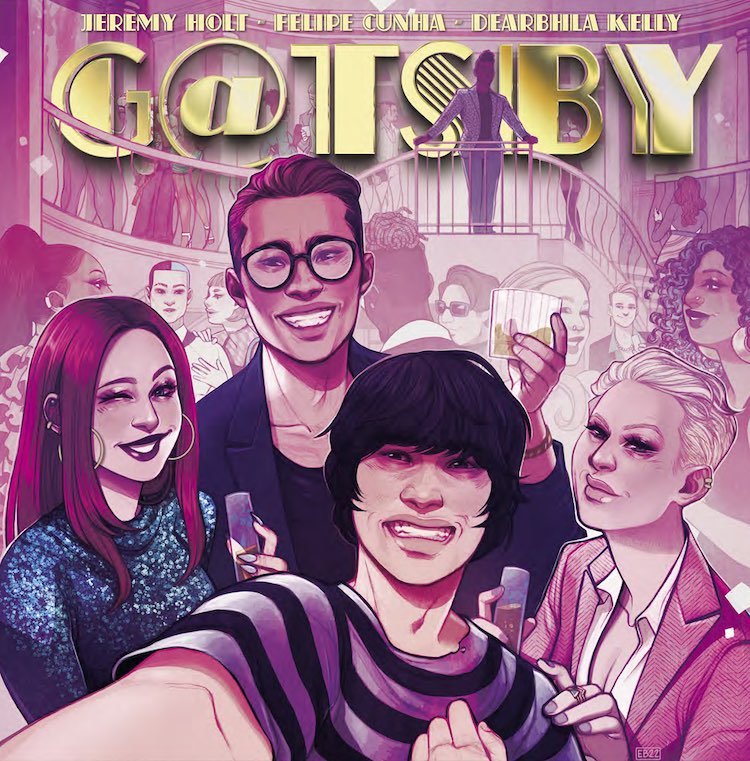 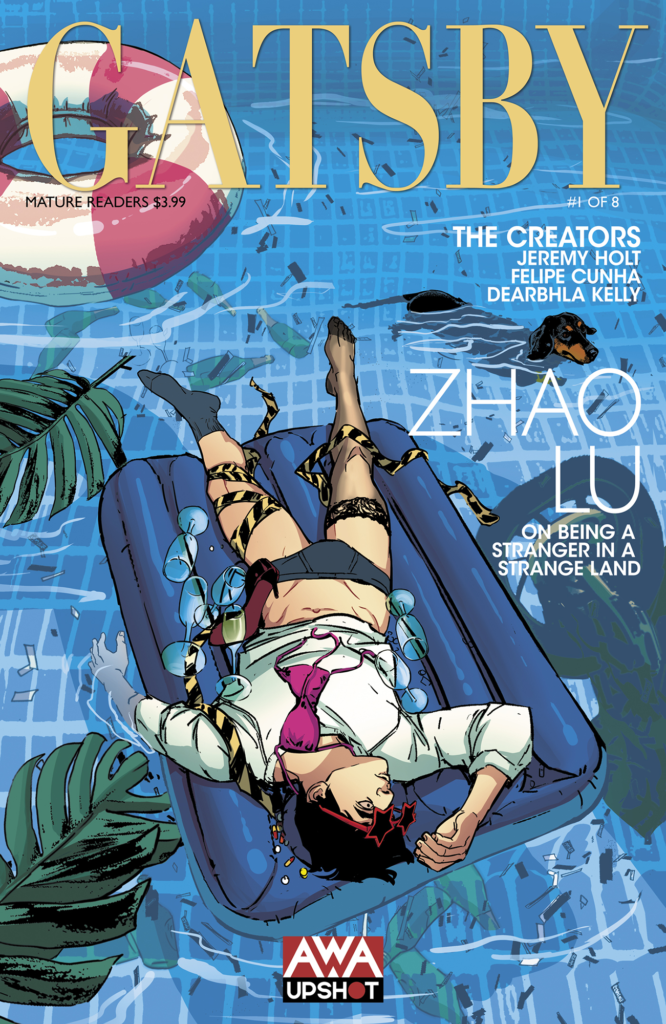 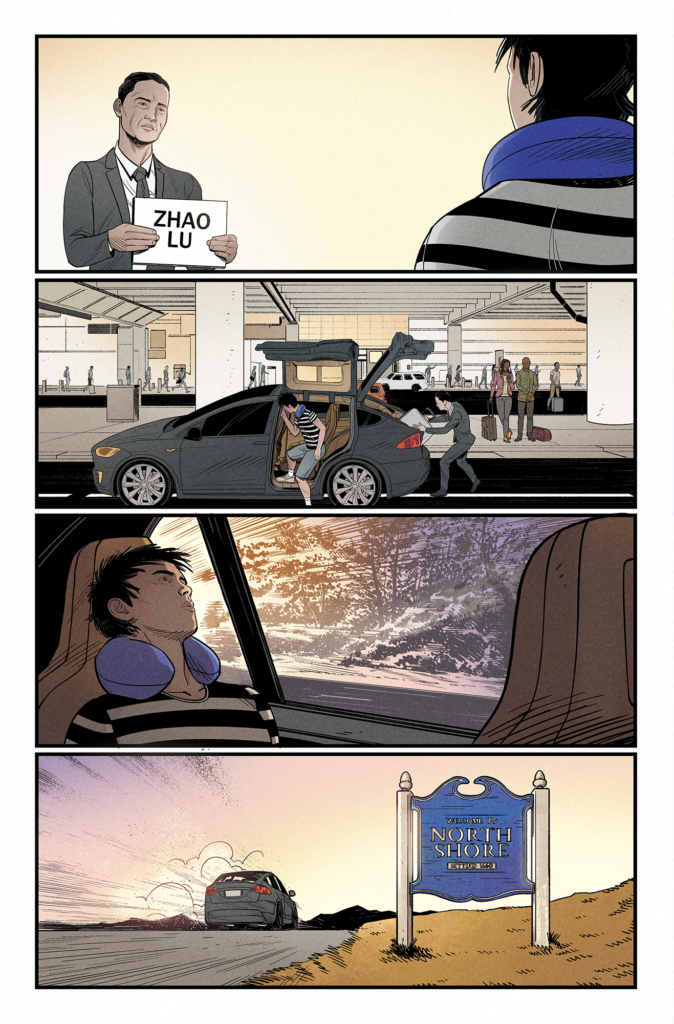 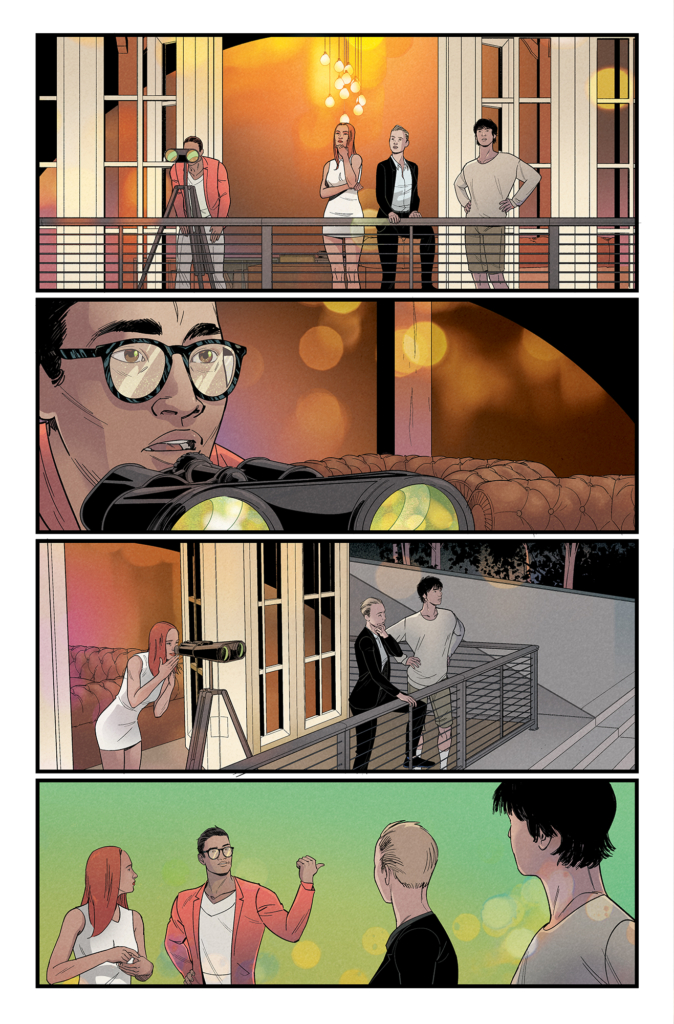