Hit Me: Christa Faust Gives Us the Year’s Most Original Heroine

Hit Me is the most original crime story of this year, not just comics, a subversive caper that takes a familiar plot and infuses it with unexpected twists and reversals to make it fresh and new. Lulu is a professional submissive. She gets paid to be spanked, hit, and slapped, while her best friend Danny acts as her bodyguard to keep clients from going too far. When one of her regulars gets murdered by gangsters and Danny gets taken hostage, Lulu has a choice: vanish with a bag of stolen gems or find a way to save Danny, who’s in love with her? 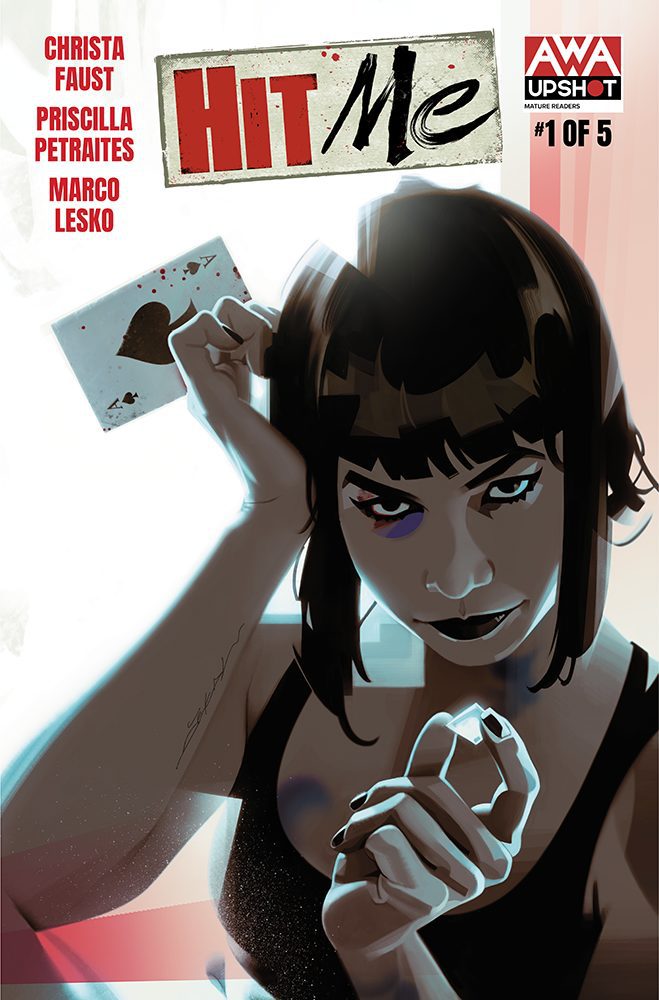 Lulu is the most original character to hit crime fiction in years. A professional sub who loves her job and is addicted to the endorphin rushes of physical pain that mask any emotional ones that threaten to bubble to her surface. Faust writes her to counter stereotypes and preconceptions people have about the BDSM community with what feels like inside knowledge of the rules and mores of the scene. Lulu works with boundaries and is constantly alert for anyone who threatens to cross them. Her relationship with Danny simmers with sexual tension that she’s happy to let burn partly out of masochism, partly out of avoidance of possible mess if they ever cross that boundary. Their relationship and chemistry are what drives her decision to risk everything, use every relationship and leverage she has to save him, and the thrill of whatever pain she might endure that doesn’t kill her. No other crime novel in comics or novels has featured a heroine this complex or perverse for years. It’s Faust’s talent that makes Lulu a character we empathize with, even like, even if many of us don’t share her impulses. 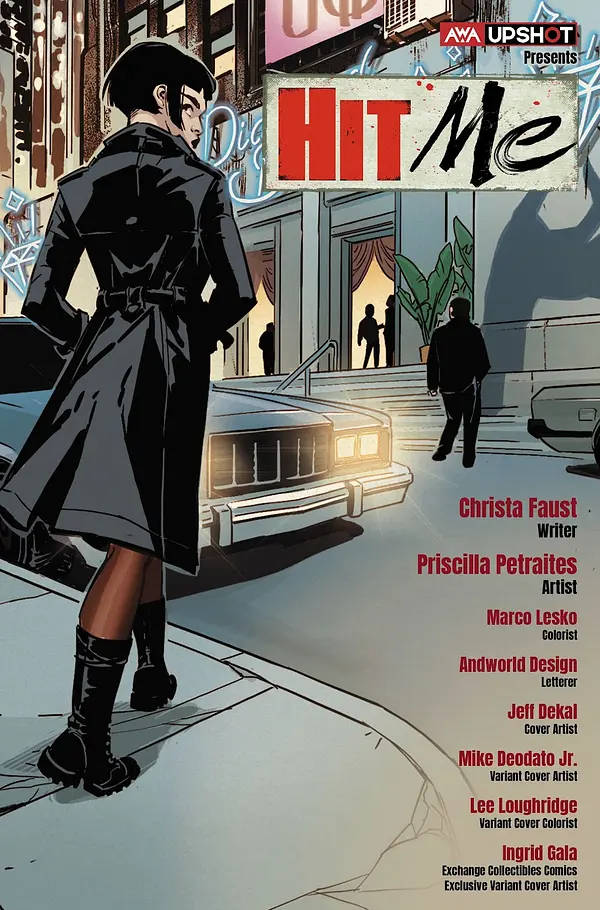 Christa Faust is one of the best and most underrated crime novelists working today. She combines a rare authenticity that drives from real experiences and emotional experiences of her socially marginalized characters with a deep knowledge of the rules and tropes of the Crime genre. Her characters are marginalized, misunderstood, and underestimated: sex workers, forgotten housewives, and people on the fringes of mainstream society. She knows enough to bend and subvert those rules to create a fresh take on familiar plots. Hit Me is a classic “race to save the damsel” story, but here the damsel-in-distress is the handsome boyfriend, and the hero’s special skill is to take hits instead of doling out violence. She is both the hardboiled hero and the femme fatale.

Priscilla Petraites’ stylish art completely sells the pulp crime demimonde of Faust’s scripts. Iconic images of Lulu stalking the streets in a sleek black raincoat like a classic noir hero, but she’s actually wearing bondage gear underneath. In Hit Me. Petraites manages to portray Lulu and other female characters’ sexiness without the objectifying, creepy leeriness of the Male Gaze.

All five issues of Hit Me are now available in print, and digital format and the collected graphic novel will be out on September 14th.

Hit Me introduces us to the most original crime noir heroine in years, not just in comics but also novels. Author Christa Faust shows once again she is one of our best and most overrated crime writers who fuses the authentic details of the lives her outsider heroes with a deep knowledge of crime fiction that she bends and subverts into something fresh and new.