Creator of the Month: Peter Milligan 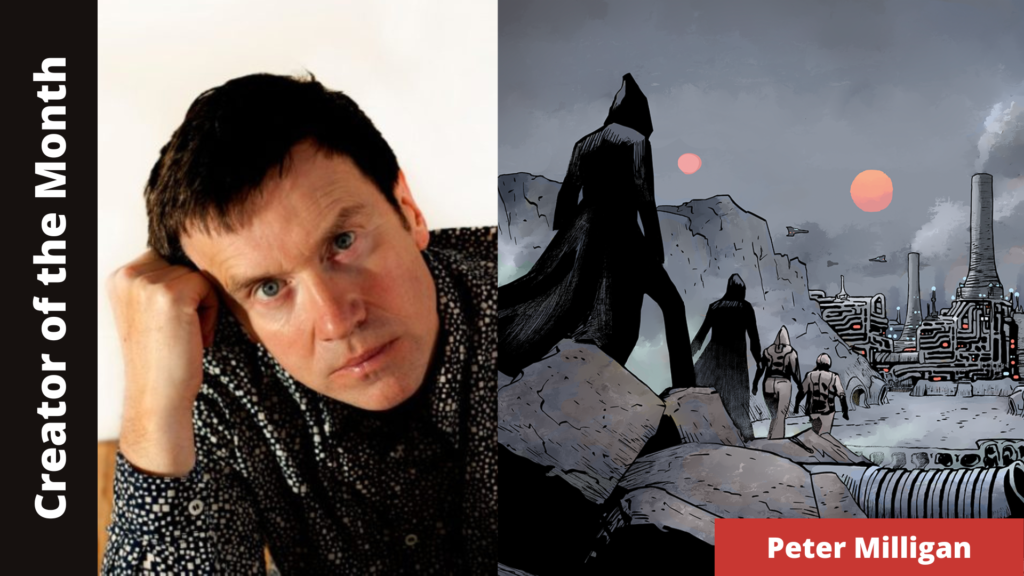 What is your favorite comic character or fictional character of all time? Why?
Probably, Leopold Bloom, from James Joyce’s Ulysses. Ulysses is an infamously ‘brainy’ or ‘difficult’ novel but Bloom is never anything but human. A character who doesn’t mind you following him into the bathroom.

Who most influenced you in the world of comics?
Brett Ewins (RIP) and Brendan McCarthy. Brett and Brendan turned me on to comics and through them I saw that comics could be so much more than I’d previously thought.

Who most influenced you outside of the world of comics?
I think one of my problems is I didn’t have a real influencer either positive or negative. Thus have I remained rudderless, drifting from one disaster to the next.

Do you have a favorite panel/ art from an AWA series you’ve worked on?
I have been really blessed to work with some truly great artists for AWA. ACO, American Ronin. Marcelo Frusin, Sacrament. Mike Deodato, Absolution. So many amazing panels. I’m going to choose the first panel on page one of issue one of Sacrament, because it so neatly sums up the world and the feel of the story. 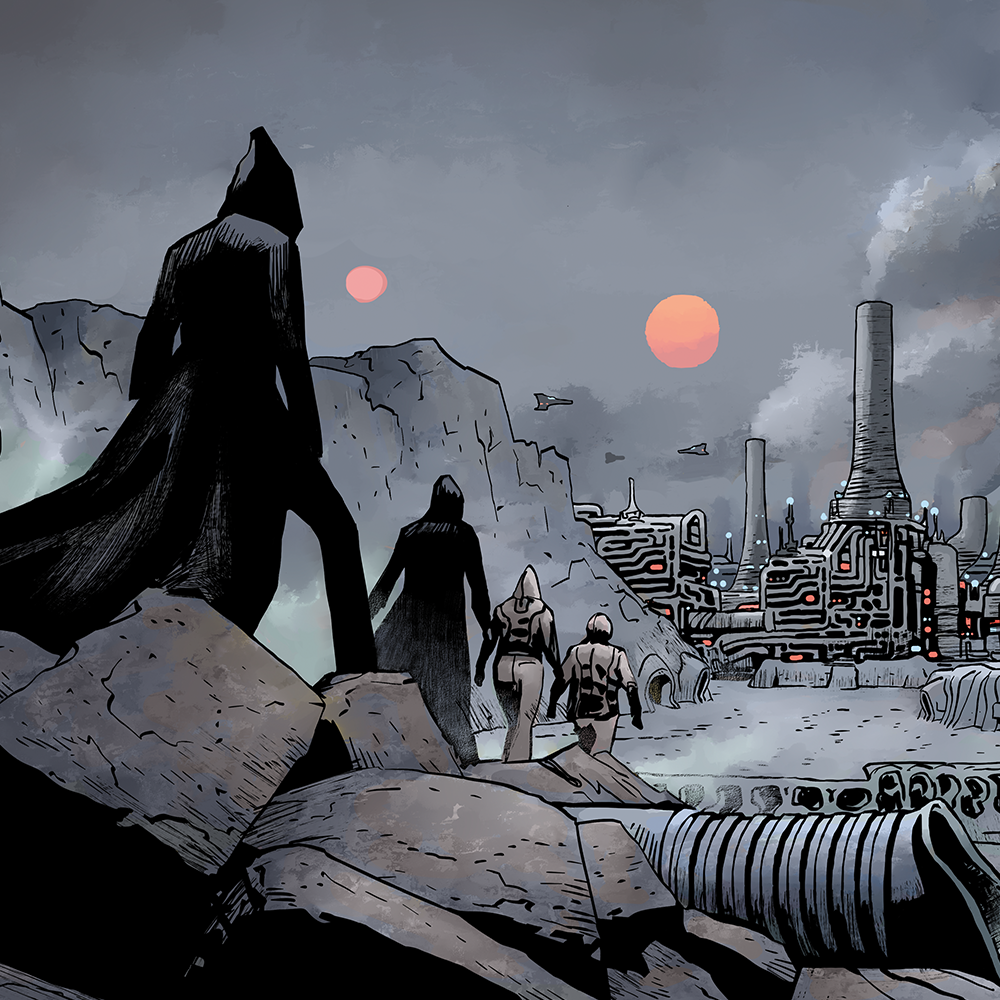 What do you want fans to know about you?
I think the most important thing to know about me as a writer is that I make it a rule to only write what I really want to write. I hope that’s something that comes across in my work.

If you were a comic book character, would you rather be the hero or the villain?
To say ‘villain’ is too obvious. And actually untrue. And I know I probably don’t have it in me to be a hero.

What’s your favorite comic book genre?
Just like chocolate and Guinness, I like it dark and liable to make you sick if you have too much.

Would you rather be invisible or have the ability to fly?
I often dream that I can fly. In my dream this is always a good, liberating feeling. So it has to be fly.

Do you listen to music while you’re creating?
Never.

What is your favorite song?
I Travel Alone by Noel Coward.

What is the best advice you ever got?
To never take anyone’s advice.

Where is your happy place?
This is a personal matter I probably don’t wish to share.

Tell us one of your guilty pleasures.
On Saturday mornings I shower in whisky.

If you were stranded in an elevator with any 3 people, real or fictional, living or dead, who would you pick?
I’d just make sure that all three of them were ace elevator mechanics.

What is your favorite burger?
I don’t eat burgers. I think on the whole they’re disgusting.

What is your favorite type of pizza/pizza topping?
Many things, mushrooms, chilis, tomato. As long is it doesn’t include cheese. Cheese is even more disgusting than burgers.

If you could have anything in the world for a last meal, what would it be?
I have heard of a 247 course meal in Tibet that takes twenty years to eat. That’d do me.