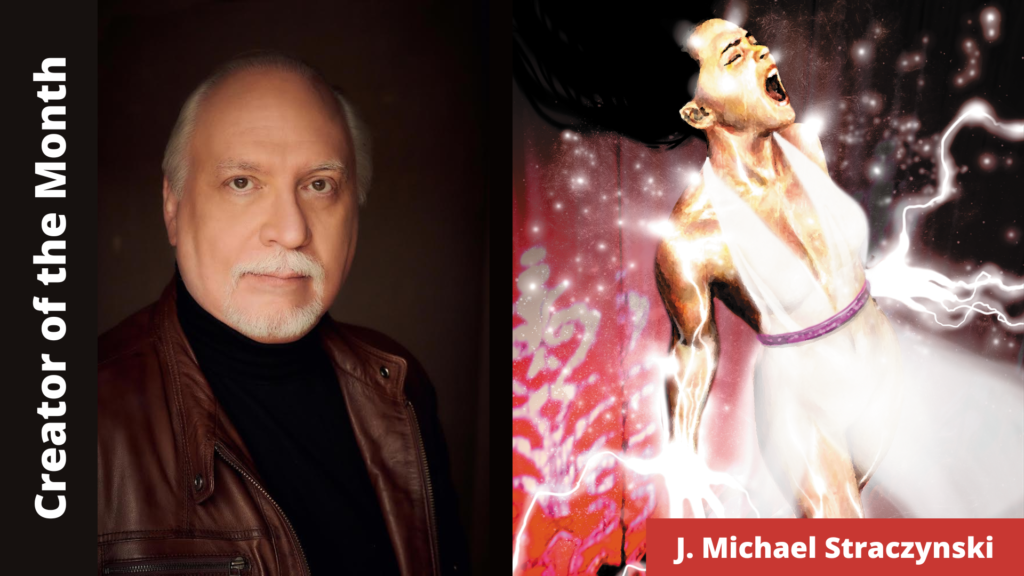 What is your favorite comic character or fictional character of all time? Why?
Has to be Superman, given that my autobiography is entitled Becoming Superman. There’s a ton of pages about that in the book, but to condense: coming from a violent, dysfunctional family lacking any kind of moral compass, Superman (especially the Curt Swan version) was kind, and wise, and kept his promises, and never hit anyone who didn’t hit him first.

Who most influenced you in the world of comics?
Probably more of a “what” than a “who”…the Silver Age of DC was a very influential period for me, definitely incubating a sense of wonder in me. Second to that would be the same period for Marvel Comics, showing anti-heroes in ways that I’d never seen before, opening up my understanding of what a comic book could do.

Who most influenced you outside of the world of comics?
Fantasy and SF writers: Harlan Ellison, Rod Serling, Richard Matheson, Ray Bradbury.

Do you have a favorite panel/ art from an AWA series you’ve worked on?
Just about any page by Mike Deodato on The Resistance (especially the one where the parents of a young girl expiring from the virus go into the room with her…but in terms of a single panel, it would be from Moths when Mike Choi sends Emily into the air at the moment she “blossoms.” Just beautiful.

What do you want fans to know about you?
I was nowhere near there when it happened.

What’s your favorite comic book or graphic novel?
Alan Moore’s Whatever Happened to the Man of Tomorrow?

Would you rather be invisible or have the ability to fly?
Invisibility as I’m shy and afraid of heights.

Do you think you could survive in a zombie apocalypse?
No, and I want to restate again that I was nowhere near there when it happened.

Do you listen to music while you’re creating?
Constantly. I find that music amps up the creative impulse, and often random songs can in some way comment on what I’m writing in the moment. I listen to all kinds of music: rock, pop, hip hop, house, dance, trance (I tried trap but just couldn’t get into it), electro swing (my ongoing obsession), folk, EDM, musicals, Japanese and Korean rock/pop…as noted, I’m all over the place musically.

What is your favorite song?
Nostradamus by Al Stewart

What is the best advice you ever got?
Stop writing shit.

Where is your happy place?
Behind the keyboard.

Tell us one of your guilty pleasures.
Rocky Horror Picture Show.

If you were stranded in an elevator with any 3 people, real or fictional, living or dead, who would you pick?
Mark Twain, Lawrence Ferlinghetti, Hunter Thompson

What is your favorite burger?
With mozzarella and mushrooms. I am a heathen.

What is your favorite type of pizza/pizza topping?
Most of the time just plain, but when I’m feeling exceptionally suicidal I go for pepperoni, sausage, mushrooms and sun dried tomatoes.

If you could have anything in the world for a last meal, what would it be?
Your soul.