Creator of the Month: Brent Schoonover 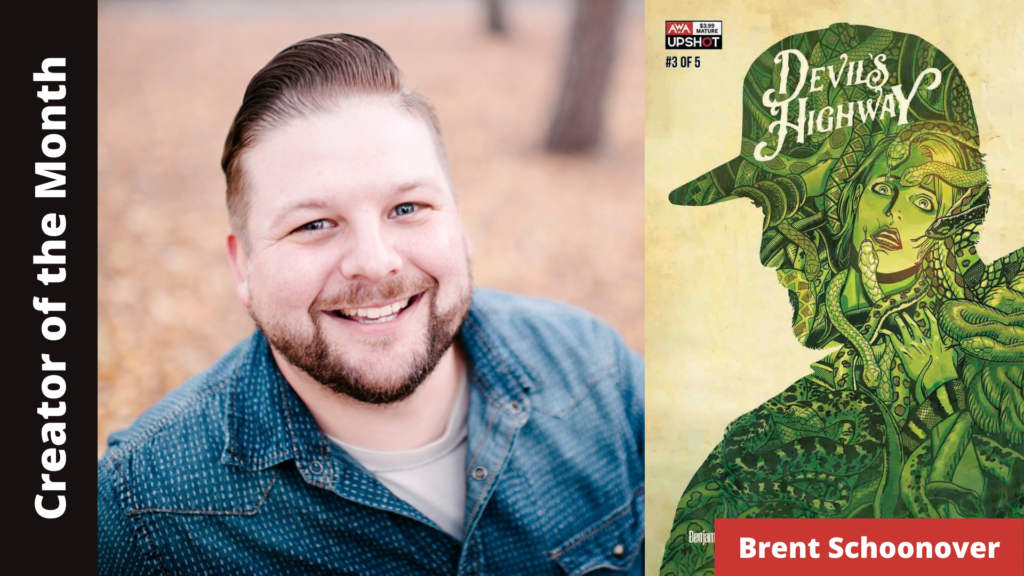 Creator of the Month – May
Brent Schoonover
Artist
Devil’s Highway

What is your favorite comic character or fictional character of all time? Why?
The Hulk is my favorite. He combines superhero lore with the tropes of a Universal Monster. Two of my favorite things.

Who most influenced you in the world of comics?
I would have to say Bruce Timm. He’s the first artist I obsessed over and really studied. I also learned so much about how you take stuff from your influences and make it your own from him. His Modern Masters volume really was a bible for me for a long time.

Who most influenced you outside of the world of comics?
I would say my dad. We were lower middle class growing up. He had to work a lot. Two jobs from time to time. His work ethic was really strong and I think I got that from him.

Do you have a favorite panel / art from an AWA series you’ve worked on?
Issue three cover from the first volume of Devil’s Highway is still one of my favorite things i’ve ever drawn and Nick Filardi’s colors were perfect on it. 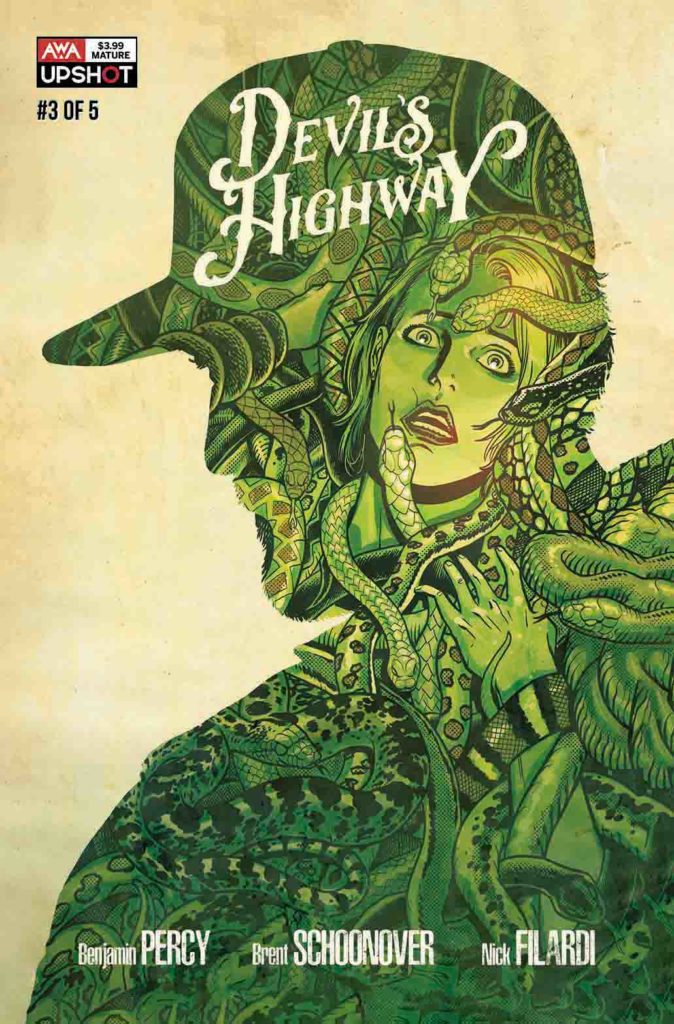 What do you want fans to know about you?
Sure. I think the crime genre is honestly the best genre in comics. Ed Brubaker and Sean Phillips I think have become the greatest creative duo this industry has, and they’ve done it by sticking with the crime genre. I know superhero books get the majority of the attention and media focus, but I’ll take a crime comic any day over capes and tights.

What’s your favorite comic book or graphic novel?
The Parker novel adaptations by Darwyn Cooke. I just reread these and they are so wonderful in every way. I wish we could have gotten more.

Would you rather be invisible or have the ability to fly?
Fly. Creeping on people isn’t my thing, but getting a spectacular view would never get old.

Do you think you could survive in a zombie apocalypse?
I think I’d have a good run. But eventually I’d probably get bit saving a dog or something. And honestly i’m cool with that. That life looks a bit miserable.

Do you listen to music while you’re creating?
Not really anymore. I usually listen to a podcast or watch a movie. Most of my music listening is when I’m exercising and then it’s metal or punk rock.

What is your favorite song?
Gratitude by The Beastie Boys

What is the best advice you ever got?
There’s always someone more talented than you out there so your best chance is to just out hustle everyone.

Dog person, cat person, or …?
Both. We have two cats and a bulldog. I worked at a humane society before going freelance and we are a big animal house. So why choose only one?

Where is your happy place?
On my bike or at a beach.

Tell us one of your guilty pleasures.
Bad horror movies. I watch them a lot while working. Also pro wrestling. Also good to have on while working. If you have never been to a live wrestling event, you should go. They are a great time.

If you were stranded in an elevator with any 3 people, real or fictional, living or dead, who would you pick?
Chris Farley, Jack Kirby, and Willie Nelson. You’d have music, stories and laughter. What else would you need?

What is your favorite burger?
There’s a place here in Minnesota called The Blue Door Pub that has what we call a Juicy Lucy where you take two meat patties and fill cheese in between them and then cook it. It becomes a volcano of cheese that is amazing.

What is your favorite type of pizza/pizza topping?
Veggies have no place on a pizza. That is reserved for meat. And I love Pequad’s Chicago style pizza in Chicago. It’s the best pizza in the world and I will die on this hill.

If you could have anything in the world for a last meal, what would it be?
Wisconsin deep fried cheese curds with a Surly Furious beer for an appetizer. Steak dinner with garlic mashed potatoes for the main course with a great old fashioned. Then a slice of caramel cream pie before I drift off into the great unknown.