The Limited Series from the All-Mexican Creative Team, Al Madrigal and
Carlos Barberi, Will Be Available on May 7 from Participating Comic Shops 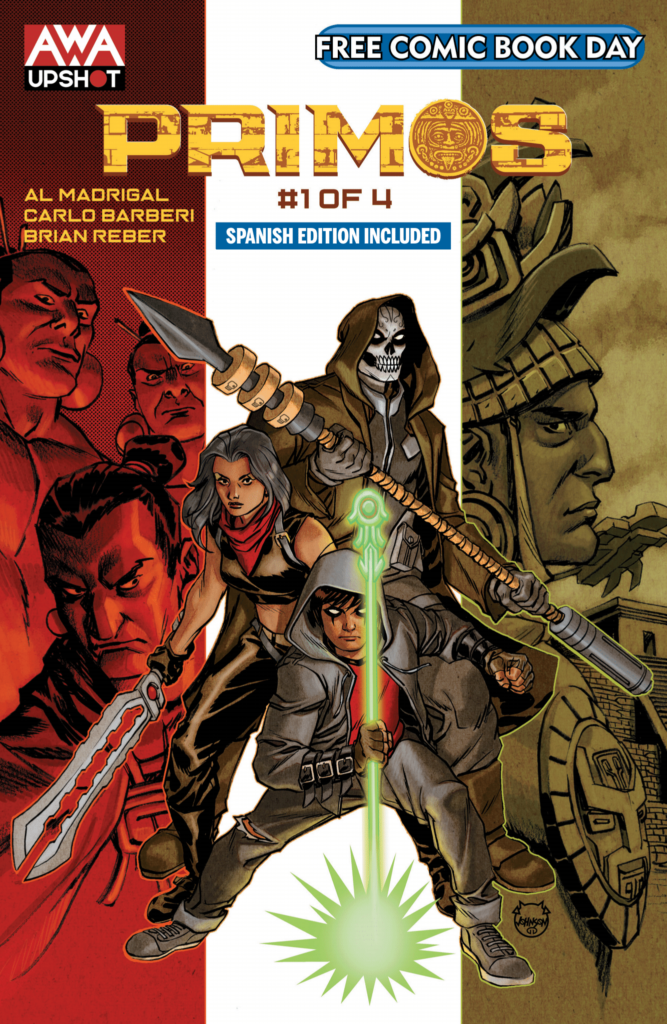 AWA Studios, the independent developer of bold and relevant stories from the world’s most outstanding artists, writers, and artisans, announced today its Free Comic Book Day (FCBD) offerings for North American consumers. AWA’s first issue of PRIMOS, the popular Mayan legend and Latino culture mixed limited series created by the all-Mexican team of comic legends, Al Madrigal (“The Daily Show,” “Mobrius”, “Night School,” “The Way Back”) and Carlo Barberi (THE INCREDIBLE HULK, ADVENTURES OF THE SUPER SONS), will be available for free on Saturday, May 7. The release will feature PRIMOS #1 in both English and Spanish, marking the first time a publisher has released a dual-language issue.

Deemed “a fantastic new story that utilizes Latinx culture and history for everyone to enjoy” (Multiversity Comics), PRIMOS is a groundbreaking 4-issue limited series that is one of the first to feature a Latinx hero. Written by Madrigal and illustrated by Barberi, PRIMOS was originally announced in December of last year. After the first issue was released on February 2, it quickly sold out across the country. Issue #2 was released on March 9 while issue #3 and issue #4 will be available on April 20 and June 1 respectively.

“My mission has always been and will continue to be trying to introduce more characters that look like me and people within my community,” said Axel Alonso, comic book creator and Chief Creative Officer of AWA Studios. “We’re at a pivotal moment in our history where creatives of all backgrounds can tell stories from the perspective of the underrepresented. I’m hopeful that FCBD will help introduce PRIMOS to new audiences and that these heroes will resonate with comics readers around the country.” 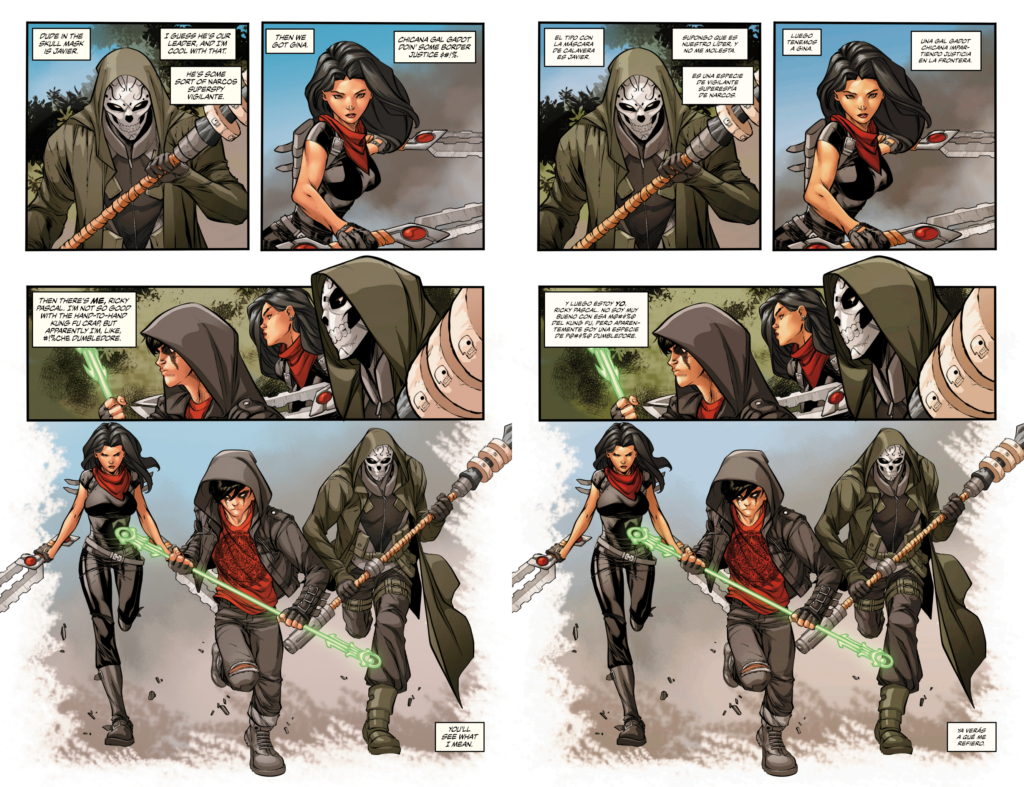 In PRIMOS, centuries ago, two Mayan brothers constructed a spacecraft that sent them hurtling into outer space. Returning to Earth only to find their culture and civilization destroyed, one of the brothers vows revenge and seeks to decimate the planet with intergalactic technology gathered on his travels. To prevent this, his sibling creates a contingency plan that activates the world’s protectors – descendants of their own Pascal family. Now, the fate of the planet lies in the hands of three cousins scattered throughout Central and North America who have never even met.

To further promote the series for Free Comic Book Day, AWA has partnered with the National Association of Latino Arts and Culture (NALAC), the nation’s premier multidisciplinary Latino arts service organization. A special ad will be included in the PRIMOS FCBD offering with a forward note from Al Madrigal for consumers to learn more about PRIMOS, the organization, and what it’s doing for Latino creators and artists. For over 30 years, NALAC has delivered programs that stabilize and revitalize the US Latino arts and cultural sector by providing critical advocacy, funding, networking opportunities, leadership development, and professional training for Latino artists and arts organizations in every region of the country.

“Since the release of PRIMOS, I’ve been hearing stories from comic book store owners about their dedicated Latinx customers,” said PRIMOS writer, Al Madrigal. “We wanted a relatable hero for this massively underserved audience and took special care when translating the book to Mexican Spanish. Representation matters and language should not be a barrier. We’re doing everything we can to encourage young diverse creators to pursue their artistic dreams, and that’s exactly what NALAC is all about. Hopefully, this is the first of many things we do together.”

“NALAC is inspired and honored to have been chosen to partner with AWA for the launch of PRIMOS and National Free Comic Book Day. We strive to resource, train, connect and uplift Latinx artists across the nation. Vital art like PRIMOS brings cultural dimension and dynamism to the genre and inspires Latinx artists who see themselves reflected in the work. Thank you team AWA!,” Alberto Mejia, NALAC Deputy Director.

The dual-language special edition of PRIMOS #1 will be available for free on Saturday, May 7 from participating comic shops around the country. Consumers can find the complete list of all FCBD participating stores here.